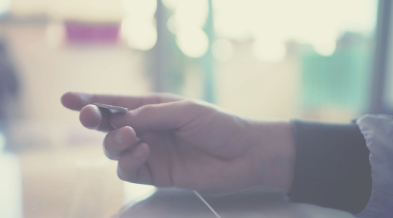 Growing up, I was surrounded with tales of yesteryear. I have a large extended family: my paternal grandfather was the eldest of 10, my father was his eldest, and I am the eldest of my siblings too.  There are many cousins, lots more 1st cousins once removed (several of which are around my age), and we are all very close.

There were frequent family gatherings, where I would listen, enthralled, to elders reminiscing; enchanted by anecdotes probably remembered through rose-coloured spectacles.  I loved hearing how they’d lived, such a different world from the one I knew, but most of all – I loved learning how couples met.

Take my grandparents for example.  Jennie Perkins and George Gray had both been to the pictures, separately, with a friend.  Afterwards, they popped in to a café for refreshments.  Jennie’s friend Whinnie Boyton knew George’s friend, and it wasn’t long before the four started chatting.  My grandfather, being the gentleman that he was, offered to walk my nan home.  She doesn’t remember who asked who, but they planned to meet again.

However, their first date almost didn’t happen.  George Gray was employed at Toleman’s in Dagenham, Essex, and had to work late unexpectedly.  Rather than stand Jennie up, he sent a message home to his mum, asking her to meet Jennie in his place.  George’s mother Alice (my great Nanny Gray) agreed, and greeted Jennie outside the Mayfair Cinema. She explained that George had to stay late at work, and asked if they could possibly reschedule their date.  Impressed by his consideration, and the effort he had gone to not to leave her stranded, Jennie agreed.

My maternal grandparents had a serendipitous start too.  They both worked at the Trebor factory in Forest Gate.  Harry Perry pulled toffee, and Betty Bush cooled the slabs.

Harry was a shy young man, and Betty was rather stern looking (although has the kindest heart).  Harry’s friend and colleague dared him to ask Betty out on a date; he even bet Harry wouldn’t have the nerve.  But feeling emboldened, Harry picked up the gauntlet and asked Betty if she’d accompany him to the pictures. Betty wasn’t sure.  Harry was rather quiet, and of slight build – she wondered at the time how he even managed to walk in the heavy work boots he wore, as they probably weighed more than him! But she decided to take a chance as he seemed kind, and was ever so polite.

The rest, they say, is history.  But what if George hadn’t been so considerate?  What if Jennie didn’t agree to reschedule their date?  What if Harry hadn’t had the nerve, or Betty didn’t take a chance on the shy boy? I frequently marvel at the fact of my being. How my existence was all a matter of chance.

We are all the result of ‘sliding doors’ moments, of our ancestors’ choices, and we could wonder infinitely about ‘what if’s’. But I’m fascinated more with the stories connected to these chance encounters – the real lives of my ancestors; and whilst I may never know the emotions felt by some during their courtship, I am lucky enough to be able to question those who are still with me.  I will record their romantic sentiments so that my descendants may one day understand, and perhaps catch a glimpse of their ancestors’ personalities.

Incidentally, at their Golden Wedding anniversary celebrations in 2001, Harry Perry announced in his speech that after being married to Betty for 50 years, he still hadn’t received the money from his friend for winning the bet!

2 thoughts on “Chance Encounters of the Past Generations”